Leisurely start to the day, breakfast at 7 am. We had the typical fresh fruit plate but followed it with Costa Rica style hueveros rancheros. I now understand why people from this part of the world get so excited by our eggs. The eggs here are clearly fresh and have that beautiful orange yolk. We were also treated to a fly-by by numerous pairs of Macaws

At 10am I had signed up for beach painting, painting at the beach and not actually painting the beach, although I would probably have been better at that. I assumed we would be given instruction but no, I was given blank card, pencil and four paint brushes and let loose to do what I wanted. 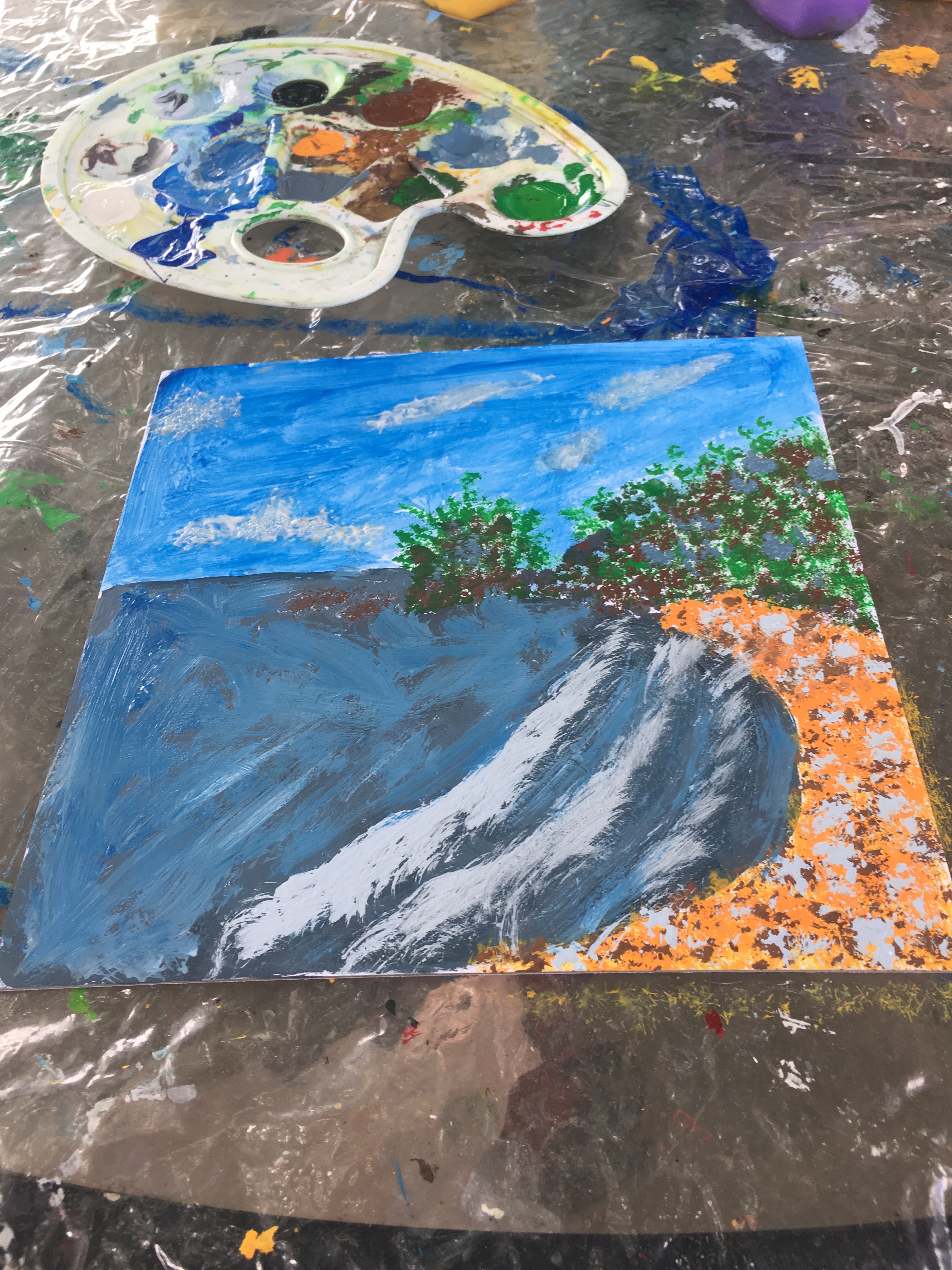 I think the expression “don’t give up the day job ” adequately covers my artistic skills. We had lunch up at the hotel and I requested coconut water, the waiter said they only have it down the beach club and so I insisted that water would be fine. Clearly not good enough for him as 10 minutes later they had shuttled up a coconut from the club. It’s nice to be spoilt occasionally. 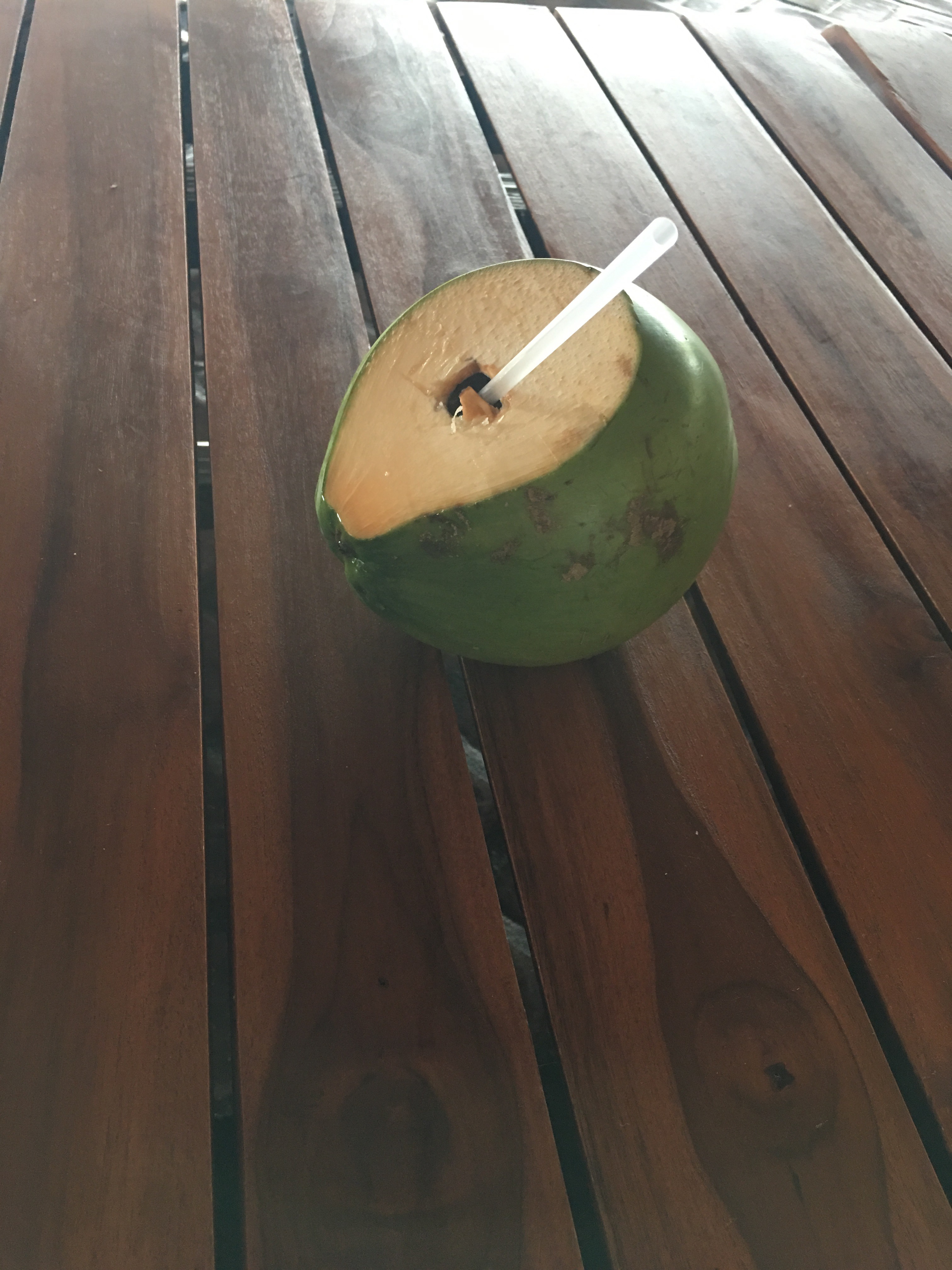 At 2pm we attended a cookery demo and were shown how to make cerviche, we then plated it up and ate it, the sea bass was delicious. 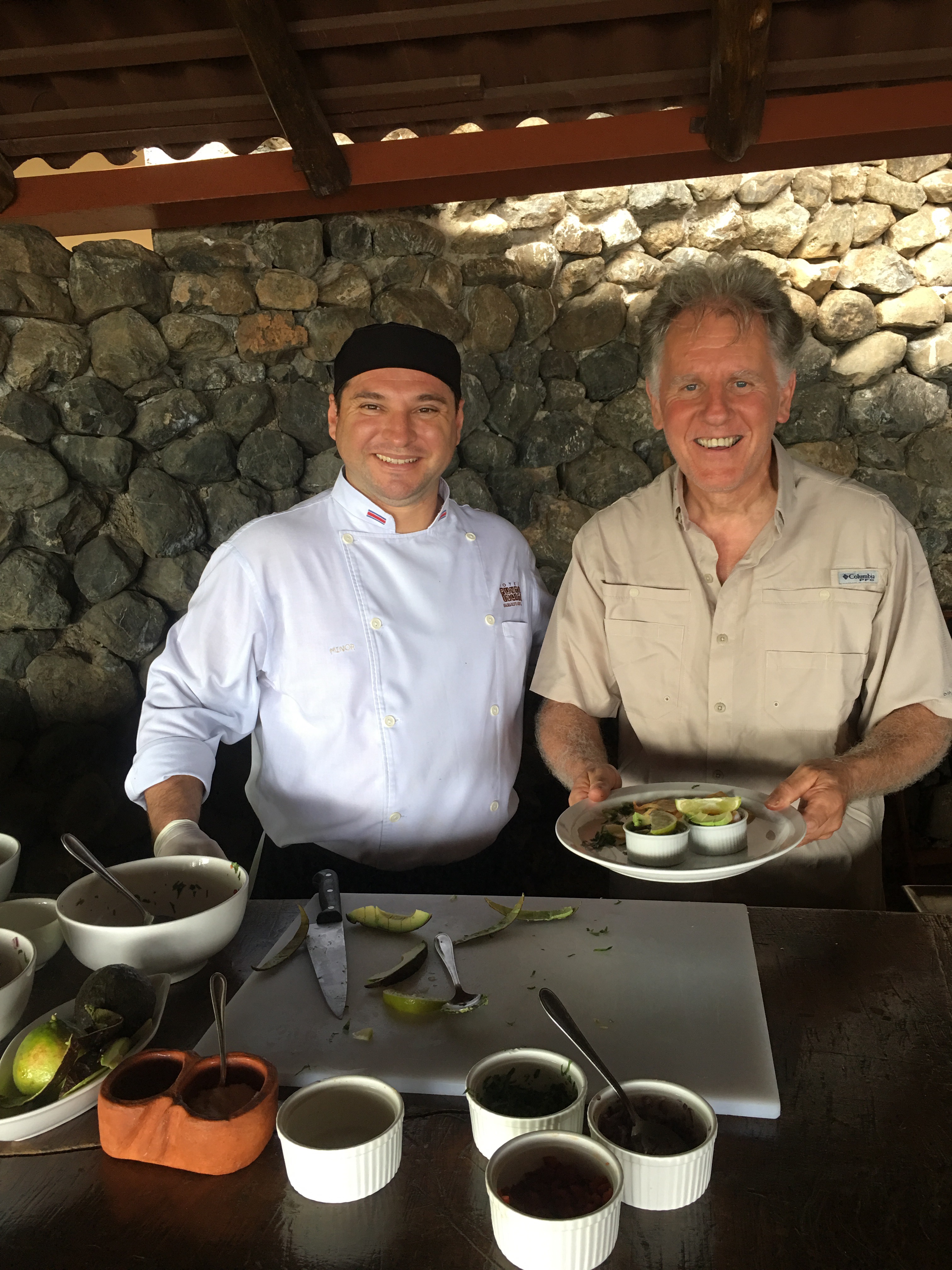 As the tide was out we decided to walk around the headland and see if we could make it to the next beach, just around the corner there was a cut out that was too wide to jump but we enjoyed the walk and seeing the many types of crabs lurking in the polls. 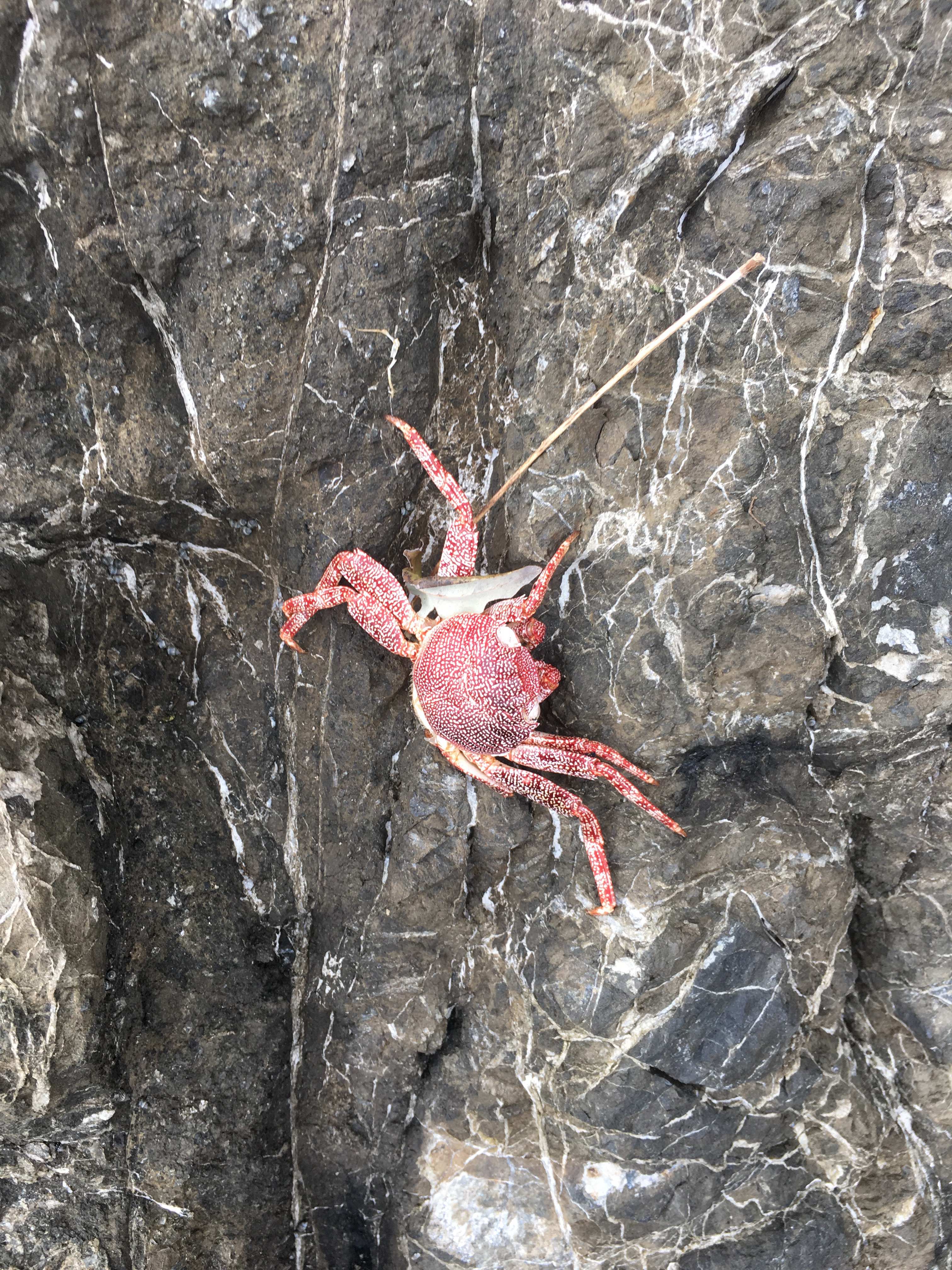 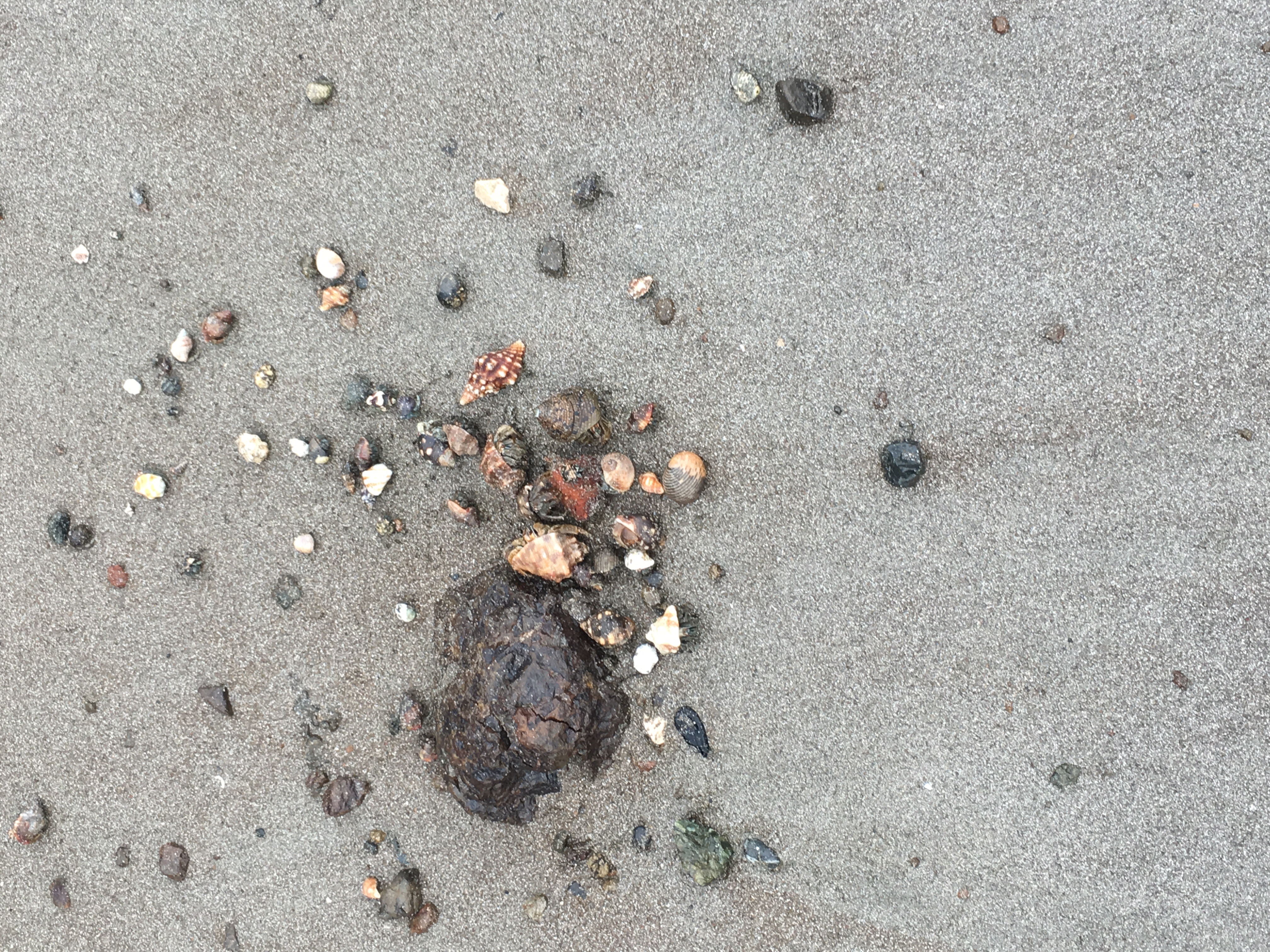 A little rest and relaxation back by the pool and then off for a 2 hour hike at 6pm (in the dark) with a guide looking for nocturnal animals. We saw so many different species it would be difficult to list them all, but here are the ones I remember,  Iguana,crickets millipeads, tarantula, small snake, fresh water shrimp, grey fox, kinkachu (looks like a cure possum) and there were two that I was able to photograph with my trustee iPhone, a scorpion using ultra violet light ( there is an enzyme in their shell that makes them glow) and a sugar cane toad that appeared to be doing yoga by the side of the pond. 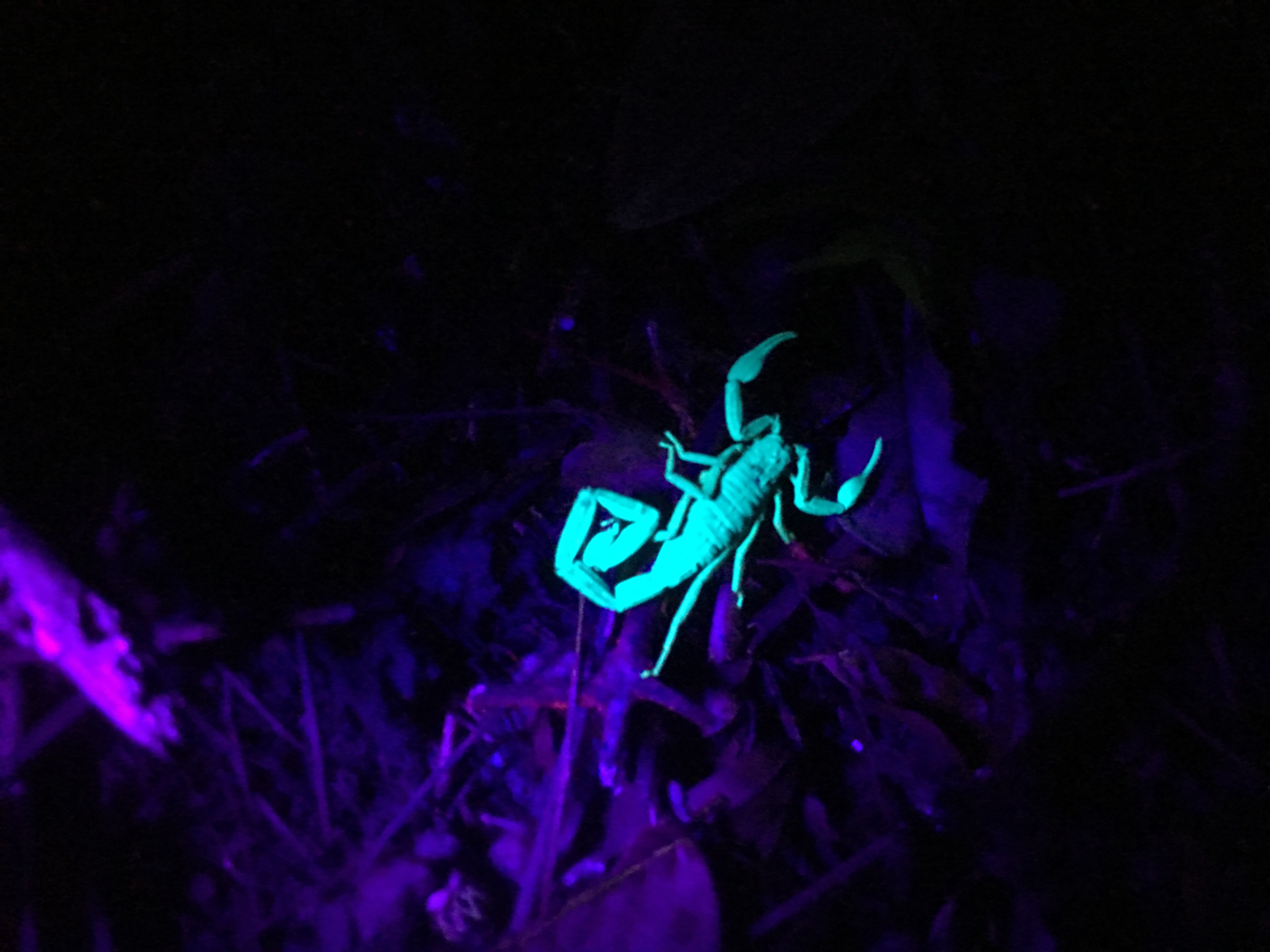 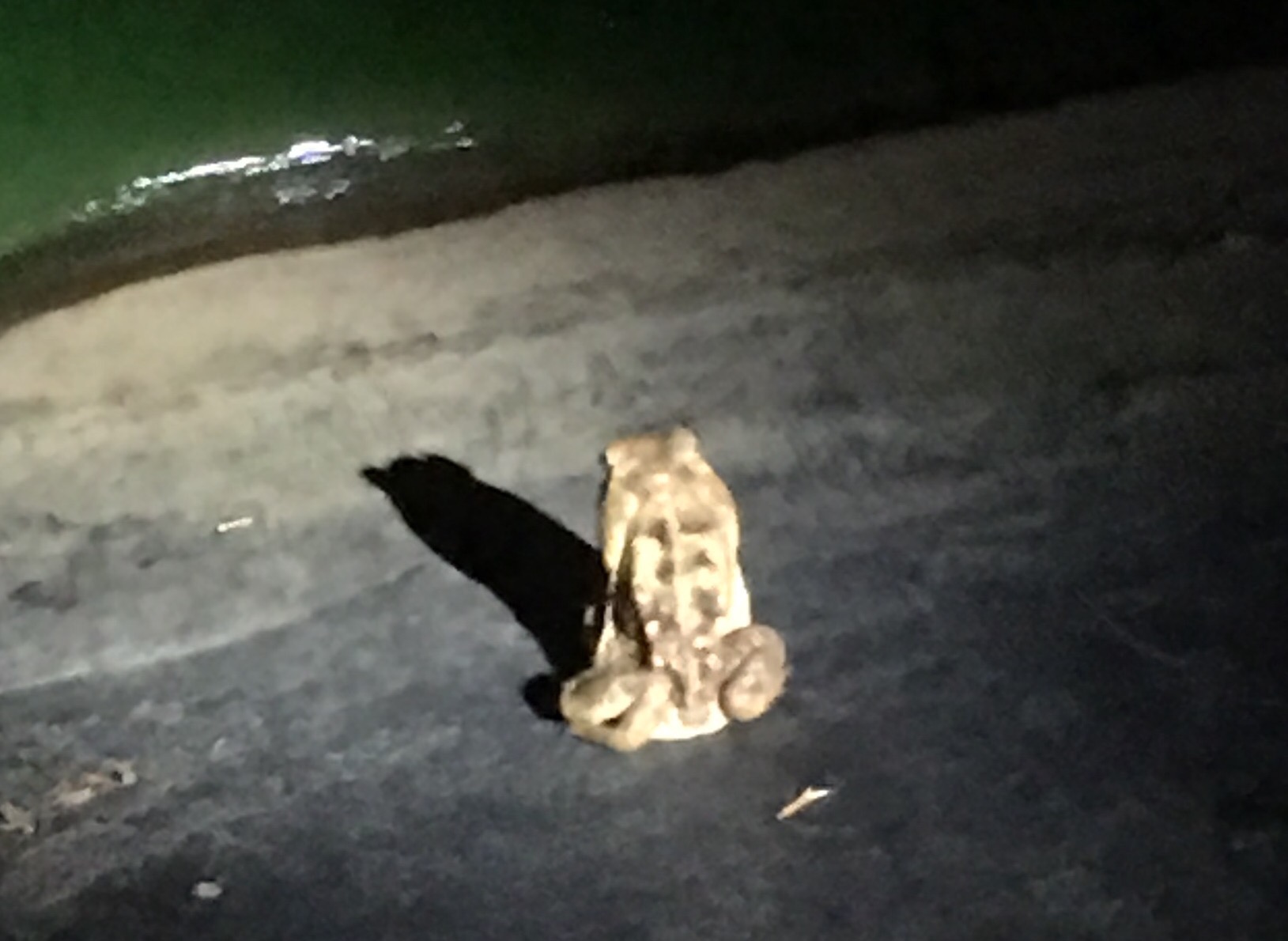 Back to the hotel for a late dinner and after our main course they presented us with a complimentary tasting plate of the desserts, unfortunately Rob inhaled most of it before I could get my camera out 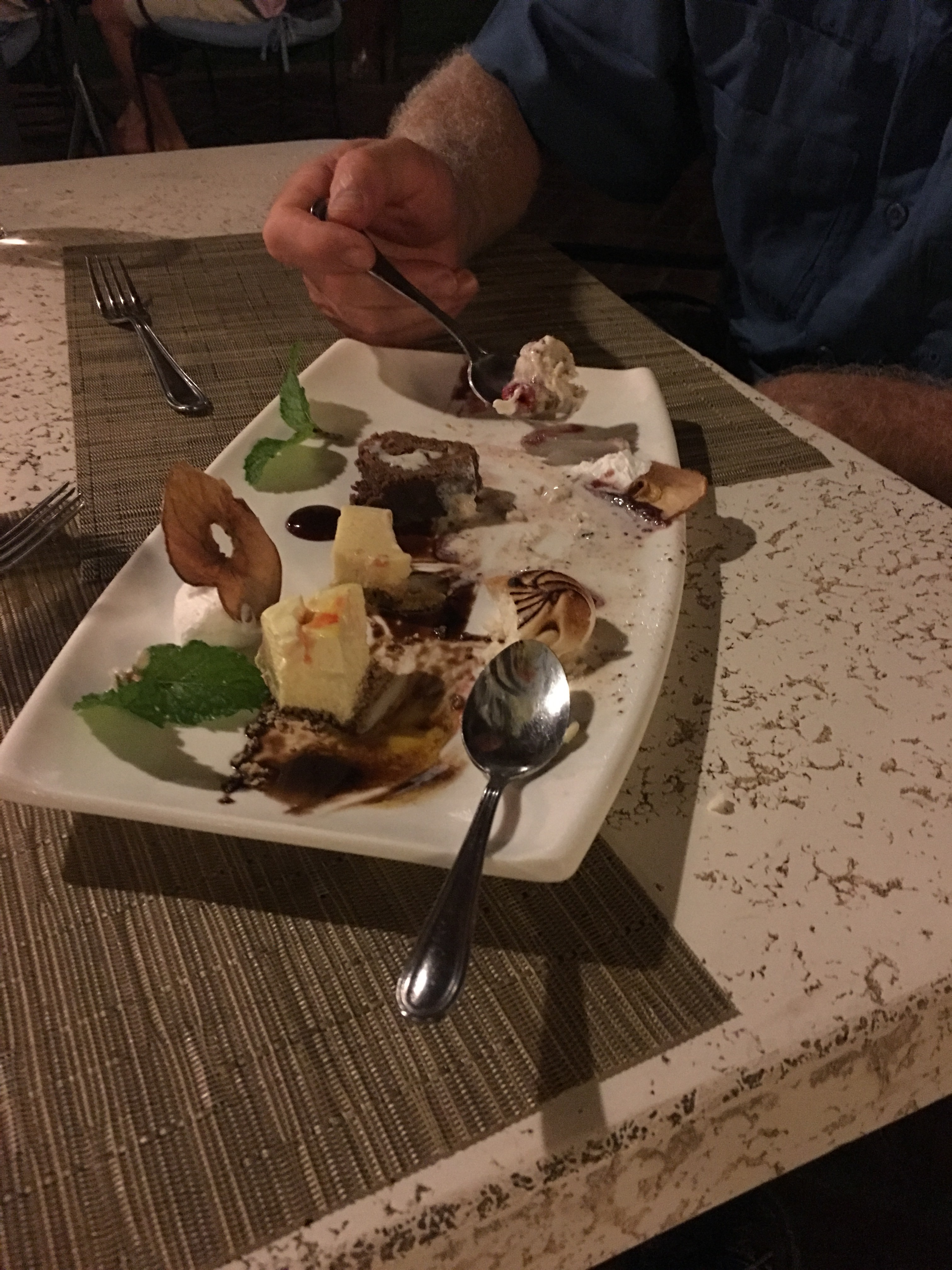