First, let me start by talking about the Hotel, it was a pretty good package deal. Nice hotel, great room and a fab pool area that was open 10am to 11pm every day. The hotel, Loews Royal Pacific, is also on the Univeral Studio property so literally a 5-minute walk to the parks. The cost of the hotel  included entrance to the park for 3 days, express passes and early entrance to Harry Potter. I added on the dining pass which gave us lunch, souvenir mugs with unlimited refills and a snack every day. It was a great way to manage the spend and also made it easy for Alana to not worry about what she could and could not have.

Here are the views from our hotel room, love the water lilies 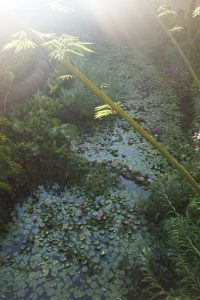 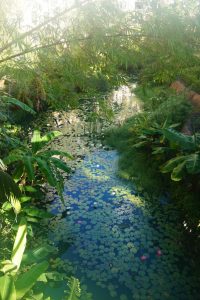 Now let us talk about the food – have to say it was generally pretty poor. Hot dogs and beefburgers looked underwhelming. Pasta was not too bad and there was one shining light though and that was the fish and chip lunch at the Harry Potter restaurant. It was cooked to order and was really tasty.

Going to a theme park with an 8-year-old is very interesting, Alana is a complex mix of a daredevil and a scaredy cat. It was only the height restriction that kept her off 2 of the roller coasters but she just made the height limit on the dragon ride and so I was propelled at very fast speeds through a number of loops both upside down and sideways yeah! 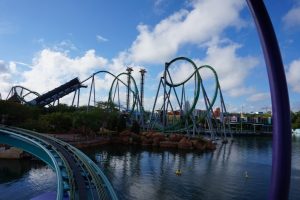 Yet some of the rides that were dark and had spiders meant my hand was clenched very tight.  Although I think we both decided that the Curse of the Mummy’s Tomb was both of our favorite ride in both parks. We made the mistake of thinking that we had picked the one water ride that would not get us very wet, well we got that wrong. We were both drenched right through. Did not help that we ended up in the front seat. 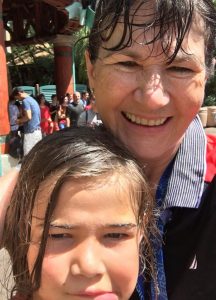 Thank goodness the hotel was close so we were able to go back and get changed. We had the typical heavy thunderstorms every afternoon that we were there, but we managed to pick indoor rides so missed most of the heavy rain.

The Harry Potter area in both parks was very well done and the rides there were great. Alana bought a magic wand and they have places around the area where you stand and make a certain shape with the wand and it triggers things to happen, like water spouting or things moving in the shop windows. Very cool but also a great money maker. As you can imagine the wands came with a high price tag. 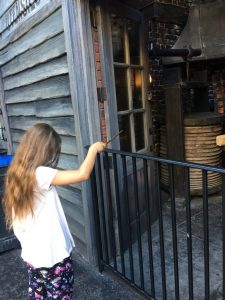 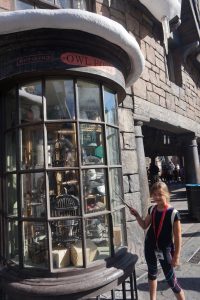 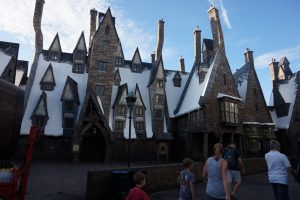 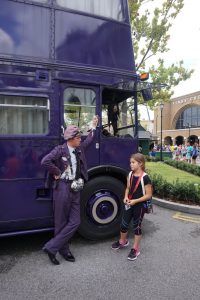 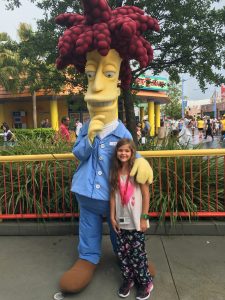 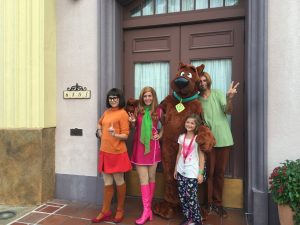 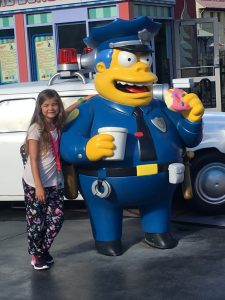 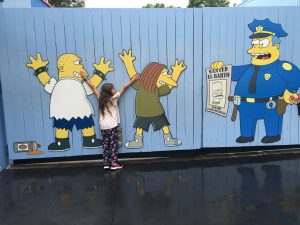 My little daredevil  tried her hand at rock climbing, she did really well. She is strong, agile and fearless. 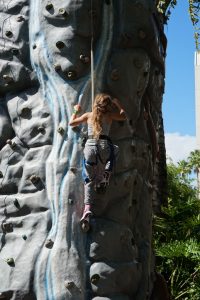 Most nights Alana went in the pool after the park and I was able to sit and read while keeping an eye on her. We were lucky enough to have poolside service so a nice cocktail helped relax me a little.

On the last night, we had an early dip in the pool then got ready and went out for dinner at City Walk. 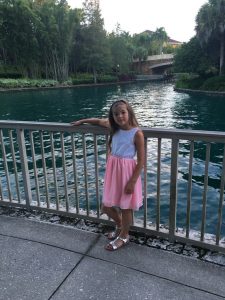 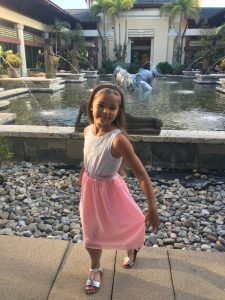 Long drive back to Atlanta tomorrow but all in all, it has been a great week.