While Alana and I were away enjoying ourselves, Mr Rob was having his own roller coaster ride at the farm.

First we had too many roosters in our last batch of eggs so all is not happy in the coop and some of the smaller chickens are being picked on. We lost one of them on Wednesday. So we need to get rid of at least 8 roosters. Although on a brighter note we hatched 8 more eggs and they are doing well, hopefully they are all girls. 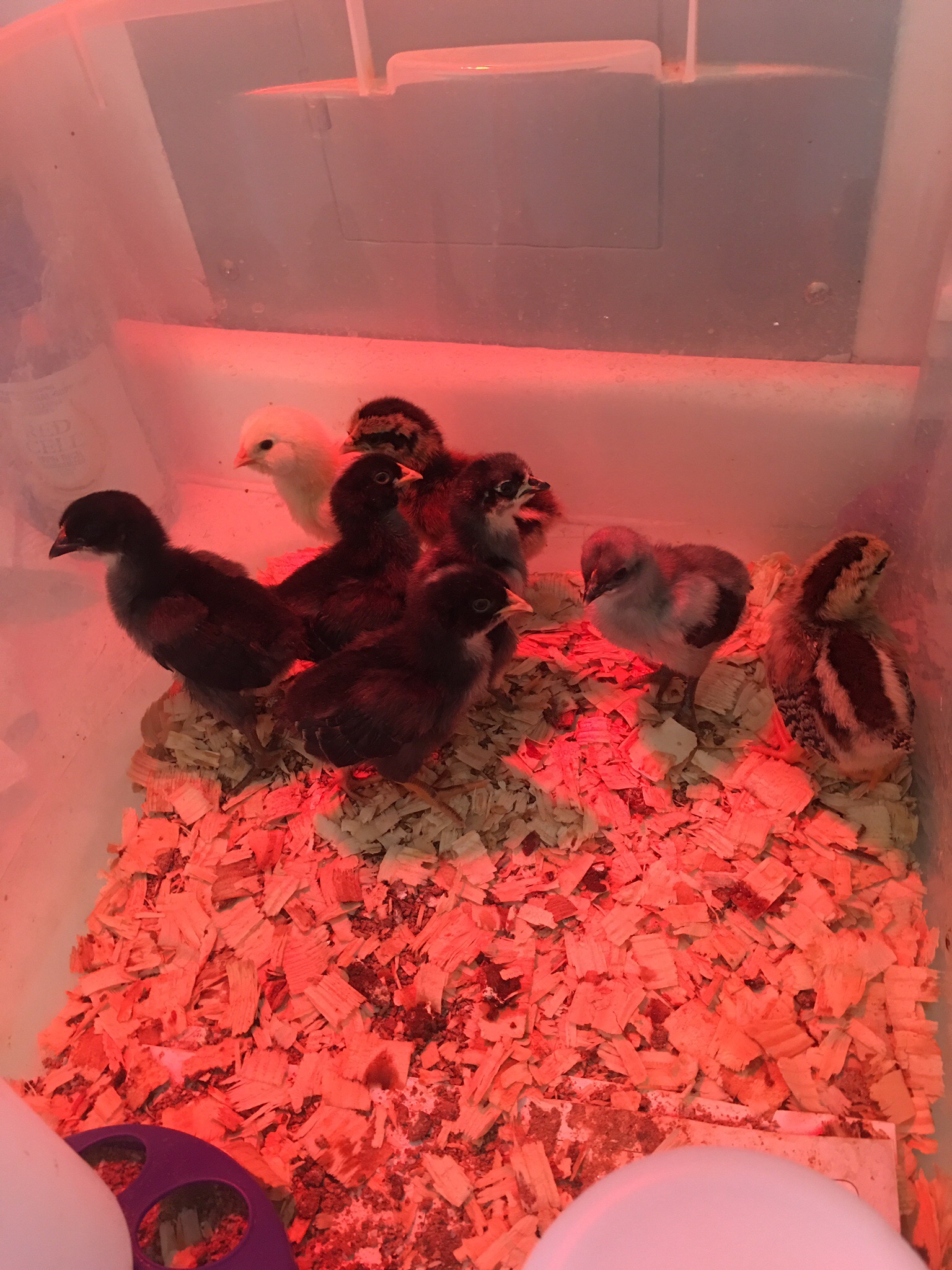 Then Thursday he could hear a lot of commotion in the garden and went out just in time to see  a hawk fly off and then one of the ducks come staggering up the garden with a gash on her neck. He has treated it with vetricyn and she seems to be fine for now, so fingers crossed.

Last but not least one of our cats, Bobtail,had gone missing. We are hoping he will either just turn up again or that he has found another house that he prefers to ours.