While I was back working this week, Mr Rob and Alana settled into a routine of looking after the animals and swimming in the pool. In the meantime we had some critters come to visit as well. On Tuesday we had this huge lunar moth camped out on the kitchen window.

And on Friday night we had a wee little scorpion come in to say hello.

The bat has also been back but he is too low down in the shutter to get a good shot of him. Tuesday Mr Rob took Alana to the trampoline club and she had a lot of fun and also made a friend.

Alana found a lovely heart shaped stone that she then wrote on as a surprise gift for when I got home from work – awww! 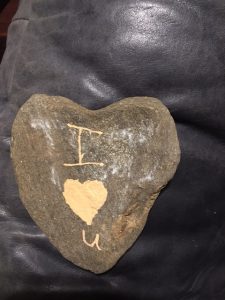 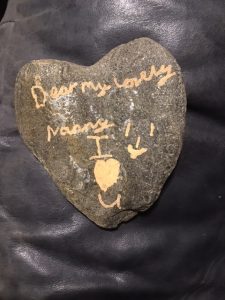 Thursday Alana went on a guided nature hike over at Sweetwater with about 12 other kids. It was about 2 hours of walk and talk through the forest and down by the river. She said it was a lot of fun.

Friday they packed a picnic and went on a 20 mile bike ride on the Silver Comet Rail trail. They had plenty of stops to get a rest and admire the scenery.

Saturday was my turn and Alana and I went off to the Georgia Aquarium for the day, it was a lot  of fun although very packed. 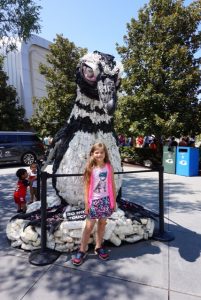 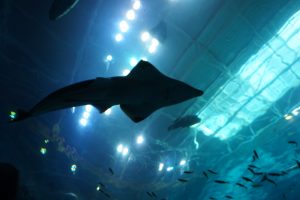 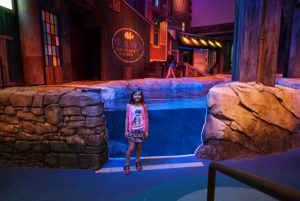 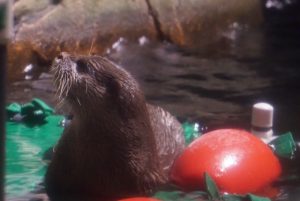 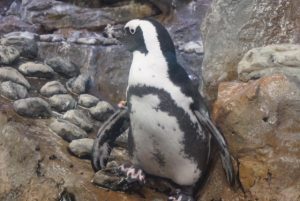 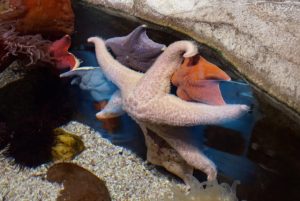 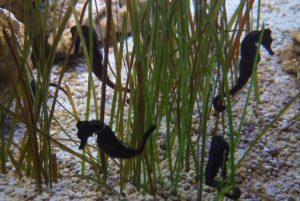 And look, last but not least …. we found Dory 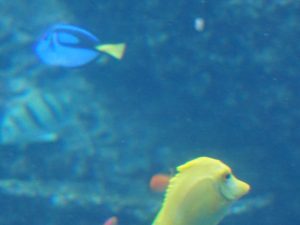