Saturday morning bright and early we drove over to Elke’s to pick her up. I wanted Alana to meet with her parrots so we went into the house and after playing with the birds for a short while, Ken decided to get fluffy out to play. Oh by the way Fluffy is a bull python! As usual, Alana was not fazed and took it all in her stride. 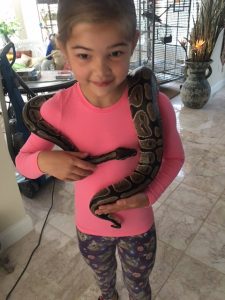 After that bit of excitement to start the day, we drove into Atlanta for spinning guild. It was learn to spin day and Alana was going to be taught to spin by Leslie. She took to it like a duck to water and after 45 mins of learning on the spindle she moved on to a wheel and then managed to even find time to ply. Leslie was impressed with not only her ability to spin but also the fact that she had designed how to use the colors. 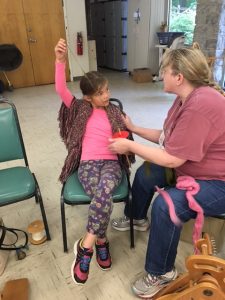 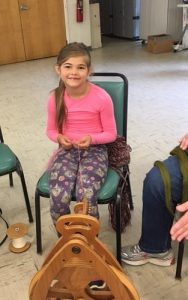 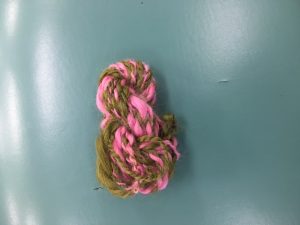 We went off for lunch and then returned for the normal guild meeting. We had a class on learning to weave sheep and of course Alana picked it up pretty quickly and managed to weave one. Completed sheep will be in a future post 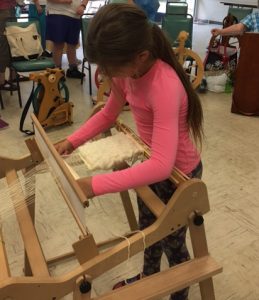 Back home to Spag bol cooked by grandad and an early night for both of us.

off shopping for clothes Sunday morning and back with a nice selection including some cycling shorts, so obviously we had to try them out! After lunch, we went to Serenbe to watch an outdoor play, Charlotte’s web. There were baby goats running around the place which certainly added to the atmosphere, 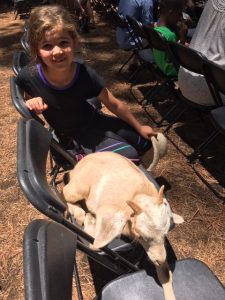 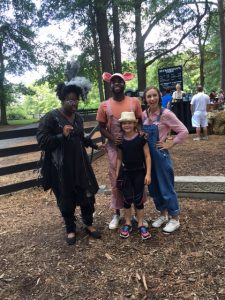 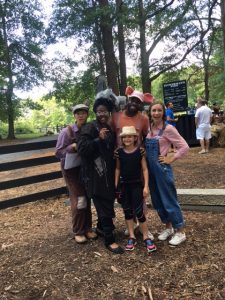 We are back home now  and after they fed the Alpacas, Alana and Rob went in the pool while I type this. I am now off up to prepare dinner.