Some months ago my friend Sally Ball from Rivendale Farms invited me to share a booth with her at the Salida fiber festival. So I sent my time busily knitting weaving and dying yarn in a mad dash to get everything ready for the show.

I flew in on the Thursday evening and was met at the airport by Rinah and for two people meeting for the first time, we certainly filled the journey up to Sally’s house with lots of chatter. Sally was further behind than me so we set to and helped with some of the labeling and packing. Then Sally drove me to Jill’s house to spend the night, another new friend that i had no problem chatting to.

Next morning under Sally’s expert guidance ( think Sargent Major) we were able to pack a phenomenal amount of   fiber and equipment into the cars for the drive from Conifer to Salida.

The scenery was amazing, it was about a 2 hour drive but the time passed so quickly. Salida is delightful. The town has so much character and is a magnet for tourists of all kinds with all the outdoor pursuits in easy reach. 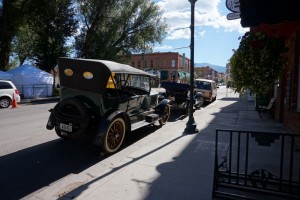 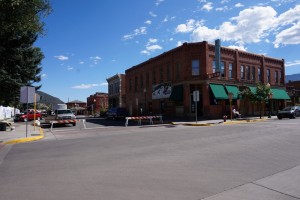 We quickly got down to business and started erecting booths, grids and a myriad of other display equipment that seemed to appear from the Tardis that resembled Sally’s car. by 6.30pm we were almost done but definitely tired and so we packed up, resolving to finish the remainder the following morning. 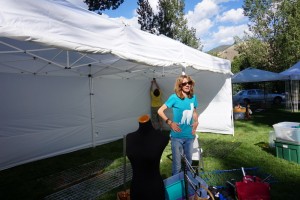 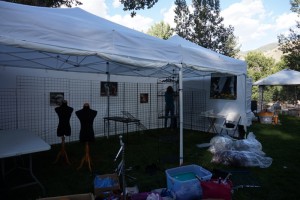 We were really lucky that Jill has a friend with a stunning mountain lodge just 30 minutes away. Sally had offered to cook dinner for a group of us. So after all the hard work she had already done she was able to rustle up shrimp etouffee with rice and it was delicious.

Next morning we were greeted with some stunning views of the surrounding area. 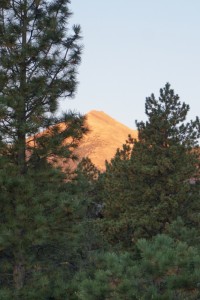 Off to the festival to finish the remaining tasks and start the show, we had a really good (busy) day and the weather was great. Plenty of sales and great people to talk to, I finally for to meet Pam Zip from Texas and long tine FB friend who is as fun in real life as she is online. After lunch, Michele arrived from CA ( Jill’s friend ) and our group was complete. 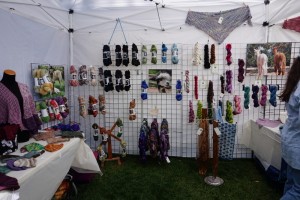 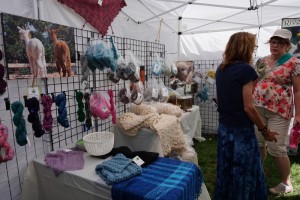 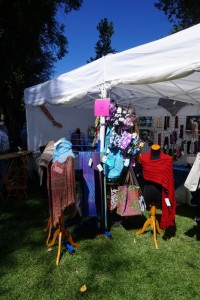 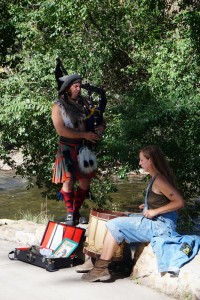 We were so exhausted by the end of the day, we just walked across the road to the bar by the river had had a relaxing dinner before heading back to the lodge. Michele went out for a walk and spotted moose prints so we all trotted down by the river at twilight to see if we could at last see a moose.

No Moose, but as soon as the sun went down we were treated to a glorious night sky, I have never seen so many stars at one time and we were also able to see the Milky Way. It was so nice to sit around the table and just knit with such a great group, easy conversation and much laughter.

Next morning Jill, Michele and I decided to go moose hunting again at daybreak. It was really nice to see the sun rise and walk around the area but the closest we got to a moose was a footprints! 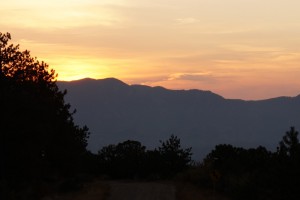 Back to another full day at the show, then came the pack down. Which took half the time that the assembly took, and Miss Sally took charge of magically getting everything back into the Tardis.

Off to the bar for dinner and back to the lodge. Nice relaxing evening before the drive back to Sally’s next day and the flight home.

On the drive back next morning we stopped for an amazing breakfast burrito and then stopped at the lookout at the Collegiate Mountain range to enjoy both the view and the burrito.

As we were driving along, I called Rob and told him I thought Moose was the american version of the Loch Ness Monster and did not really exist. I had hardly hung up the call when blow me I looked out of the window and there was a moose trotting alongside the road! 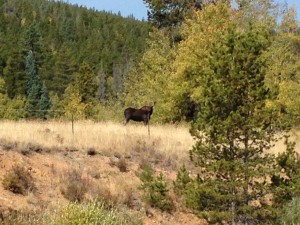 At last after 7 years of visiting Vermont, Maine and New Hampshire I have finally seen a moose. When we got back to Sally’s farm the dogs and Alpacas were really pleased to see us. 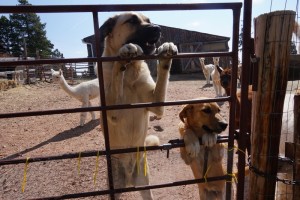 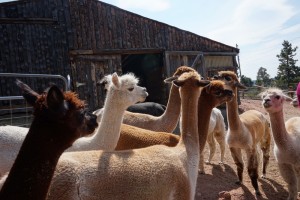 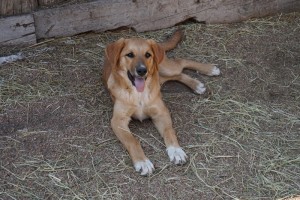 we helped a little with unloading and then Jill drove me back to her place and Michele gave me a lift back to the airport.

What a great weekend – new friends, plenty of sales, wonderful scenery and …….a moose !!