Mini bus into town to get on the Old Savannah Trolley Bus tour,  spent 90 minutes taking a tour of the Historic District. 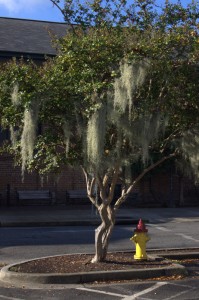 Took this picture for my Mum as she loves US fire hydrants. The narrator on the bus was very good and we learnt plenty of interesting facts and figures about the City. At some of the stops we also had character actors come on the bus to add more color to the stories. 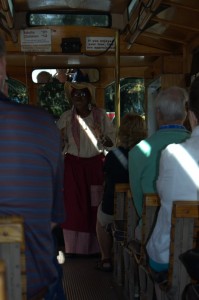 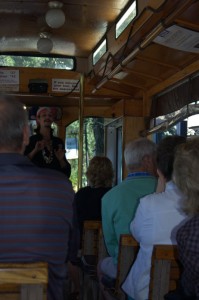 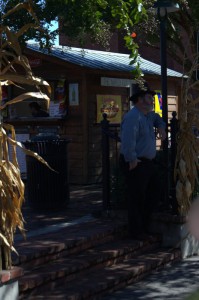 Because of the twists and turns of the bus, i was not able to take very many pictures as we drove around. Although did get this nice shot of a tree as we were stopped at one of the points on the tour. 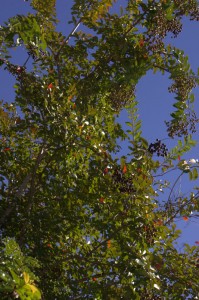 When the bus arrived back at the depot we decided to walk back into town – up Broughton Street  where we had lunch in Panera Bread and also saw this great hotel. 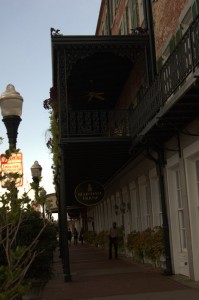 Love the wrought iron balcony, then off to Leopolds, supposed to be in the top 5 ice cream pal ours in the US. It was originally opened in 1919 and the ice cream was very good, Mum had a vanilla and I went for the pumpkin spice. 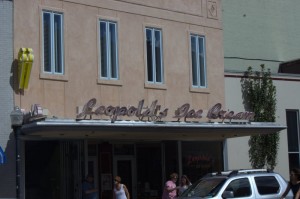 Back via Congress street and popped into Paula Deans shop to see what was going on there, nothing very interesting but it was very busy. 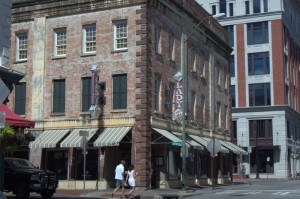 Mini bus back to the hotel for a relax and then out for dinner. Downloaded ” Midnight in the  Garden of Good and Evil” ahead of going to the Bonaventure Cemetery tomorrow.