There was a severe weather warning for Georgia today, it was not due to hit the coast until the afternoon so I decided to drive to Savannah in the morning and get there before the storm hit. We made really good time and arrived at Savannah by 10.30. Checked into the hotel and headed off down town.

We were parked out side of Ellis square and our first port of call was City Market. Went into the Candy store and got a free sample it was a little too sweet for me but I am sure we will go back at some point and buy some for Mr Rob.  We walked a little further and found an English bakery so we were able to get a nice cup of tea and a scone. 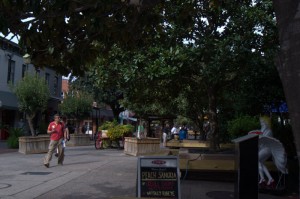 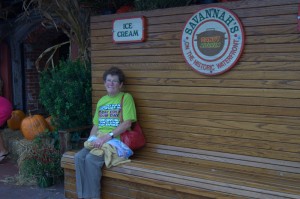 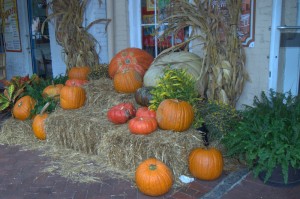 Off to river street and a healthy walk along the riverside with frequent stops at the various shops along the way. 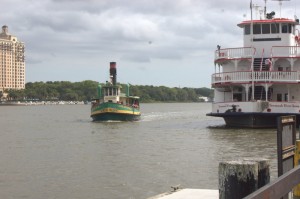 We walked up to Congress street and back to where we started walking through the various squares along the way. There were some lovely old houses and the squares had some stunning trees in them. 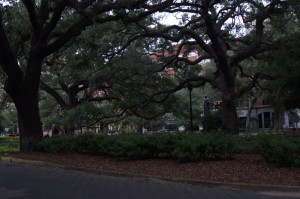 We managed to find our way back to the bakery as Mum was fancying one of the sausage rolls and i had a cheese and onion pasty. Back to the car and off to Tybee Island. On the way we had some additional excitement as the bridge that crosses the Atlantic Inter coastal waterway had red lights flashing and we had to stop while the middle was raised to let a ship through. We parked down by the pier walked through the really small shopping area and had a nice walk to the end and back of the pier. The wind was starting to pick up and the waves were looking really good. The birds were having a lot of fun flying on the winds and looking for cast offs from the fishermen. 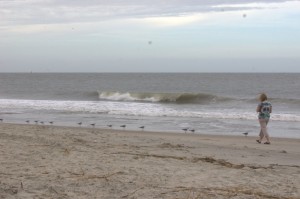 Given that there was a storm on the way, this post made for interesting reading. Good job there is no hurricane coming  up here anytime soon. 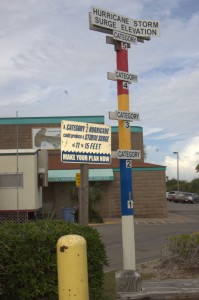 On the way back we called by at the Tybee Lighthouse, it is still a working lighthouse and after taking a few pictures we walked down to the shore again. 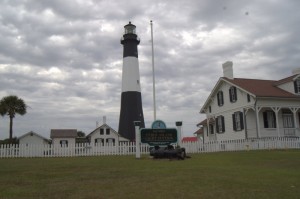 We were quite lucky, arrived back at the hotel at 5 and 5 minutes later the rain started and after 10 mins we were getting the winds and lightening strikes. Good job we did not have any plans to go anywhere this evening.

We are going on a tour again tomorrow.