Straight after breakfast we drove back towards Waycross on our way to the Okefenokee Swamp Park. The route took us through another state park so the drive as really pleasant. 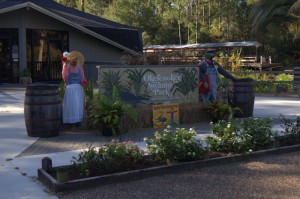 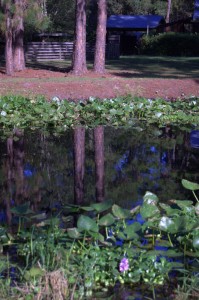 We booked for the boat ride and the train ride and while we were waiting we looked around the grounds and saw all the exhibition rooms that described the geography and history of the swamps. There are over 700 square miles of swamp land and it is possible to boat down the channels to the ocean ( as long as you know the way ) 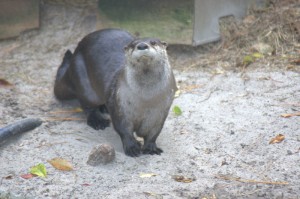 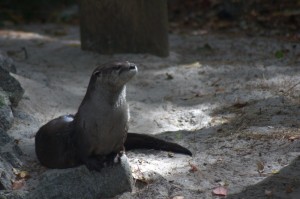 Mum was really excited to see this little otter busy walking nouns and sunning himself. He later took a dip in a pond and swam around much to the happiness of my Mum. Soon it was time to go get in our flat bottomed boat, the guide was really good and was able to spot the alligators for us as well as all of the flora and fauna. 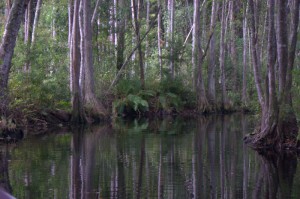 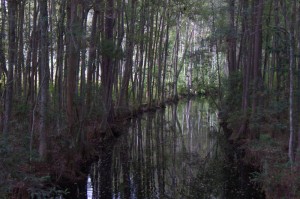 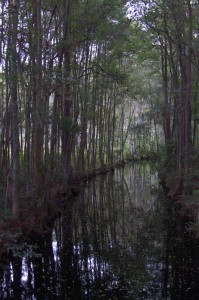 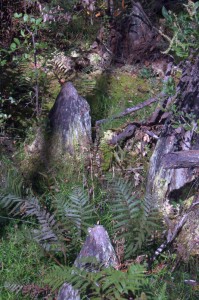 I spotted a snake dropping from a tree into the water and we stopped to see if the guide could see what it was, pretty glad that I did not actually see it again when we got really close, apart from his head sticking out of the water. The guide also pointed out a carnivorous plant that eats bugs and insects. 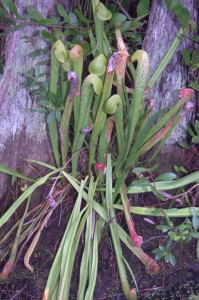 We saw plenty of alligators up close from little 2 years olds right up to full grown males that were some 11 foot long. But the guide assured us, that we were safe as long as we stayed in the boat!! 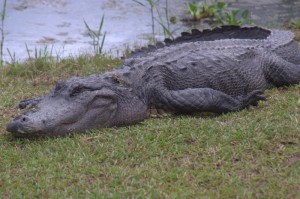 We stopped near a boardwalk that took us to a lookout tower, I decided to climb it to the top where the guide said we would see for at least 28 miles across the tree tops. 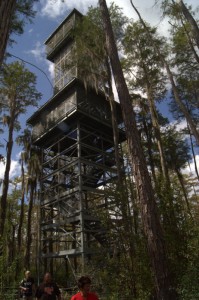 When i climbed back down we then went to see some more alligators and huge spider that was above our heads, he was a golden silk spider, we also saw crab spiders and a small fishing spider. 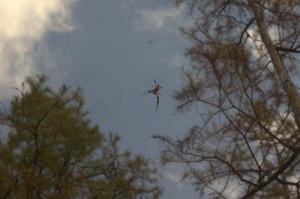 We saw plenty off these pretty mauve flowers but the guide said they were a real nuisance as they are not indigenous to the area, its Japanese Hyacinth, 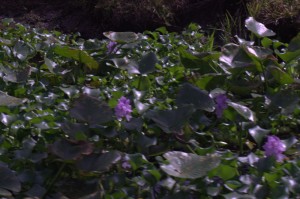 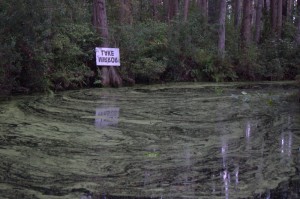 All too soon our trip came to an end, we went off to the amphitheater to see a presentation on the animals – but as soon as they brought the snakes out, we decided to leave.

Off to get ready for our train trip through the swamp, went very slowly through the glades but there was lot of really useful information that was passed on. 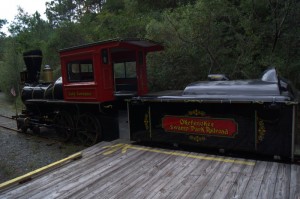 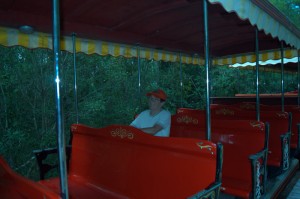 We passed a giant hornets nest and some cultivated bees tun stopped at a small island with an old homestead cottage on it. 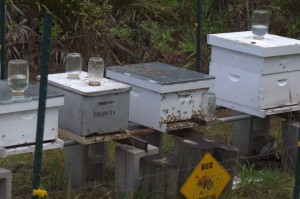 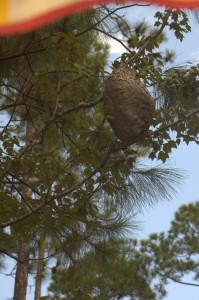 The homestead had some of the original old wooded machinery that would have been used on the farm as well as some heritage breed chickens and a small museum dedicated to all the films from the 50’s that were set in the swamp. 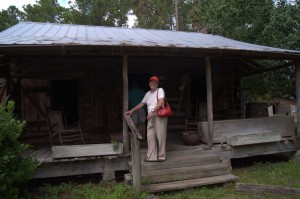 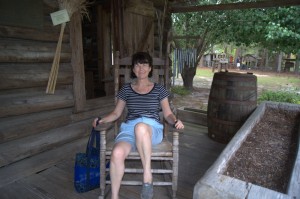 All in all a really great day and well worth the trip. When we got back, we walked over to the local restaurant for dinner. Steak and Gorgonzola sauce for Mum and Seafood Arabiata for me.