Last Tuesday my nephew arrived from the UK to apprentice as farm hand. He did a great job and picked it up like a natural. Friday my sister and brother in law arrived to help as well, all so that Rob and I could have a holiday together.

Sunday morning we flew from Atlanta to Liberia in Costa Rica. We had a little bit of a wait at the airport for the next flight to come in but it was no issue, we were sat outside watching the world go by and enjoying the view of the mountains in the distance.

The shuttle trip to the hotel was about 2 1/2 hours which helps describe the standard of the roads as it was only 57 miles. We passed through many small villages and they all had the same set up, in the middle there was a soccer field and around the field was the necessities of life, a church, a school and a bar!

The last 6 miles of the journey was a dirt track that followed along the steep hills and valleys, there were deep ruts in the track from the recently ended rainy season. The hotel is fabulous, a small boutique hotel on the top of the hillside. 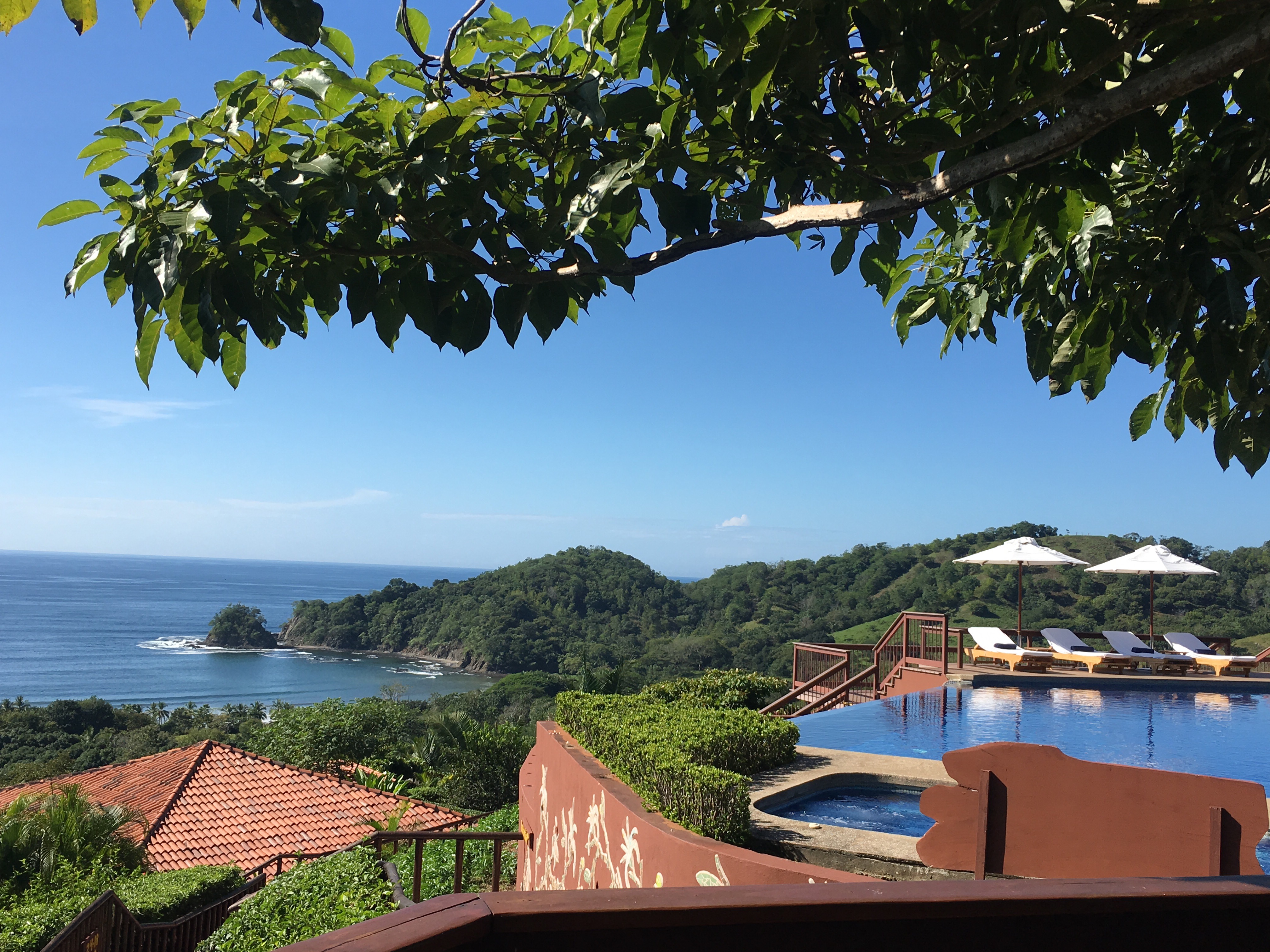 All the rooms are individual bungalows and we were upgraded to a stunning one with great views and our own outside jacuzzi.

On our way to dinner, Rob remarked that this would be the perfect location for a honeymoon, then we both stopped and looked at each other and had a light bulb moment. We were married on December 29th 2007 but the next day I had to leave for the US to start my new job. Rob had to go through the spouse visa process and also pack up the house so he did not come over to the US to mid February. Then like all expats, most of our vacations have been to see family or family coming to see us. Although we did manage a few hiking trips in the RV. Of course, when we moved to Georgia  and took on the farm, we traveled like royalty (separately).

Last April my sister offered to come look after the farm for us so that we could get away together. THANK YOU, we are now officially on Honeymoon!