Just because the boss was away, there was no time to play. I had my list of jobs!

First I had some digging to be done in preparation for raspberries and gooseberries plants. The good old Georgia soil does not have a lot of organic matter and so I created a bed with material from the ‘paca poo pile. I’m hoping that this will help retail moisture. We will see. It’s all an experiment.

Just as I was beginning the evening routine, “Watson” the concrete guy turned up with some good news ……. and some not so good news. The good news was that he was able to start work on the concrete apron around the barn. The bad news (for me); the guys would start work in the morning. “Yes, I’ll have it all clear for them Watson. See you at 7.30 tomorrow then.”

It was hectic but I managed to get the alpacas relocated to the lower barn and pasture. The girls were no trouble. They just followed me shaking a bucket of food. The boys I haltered and lead them on by one. 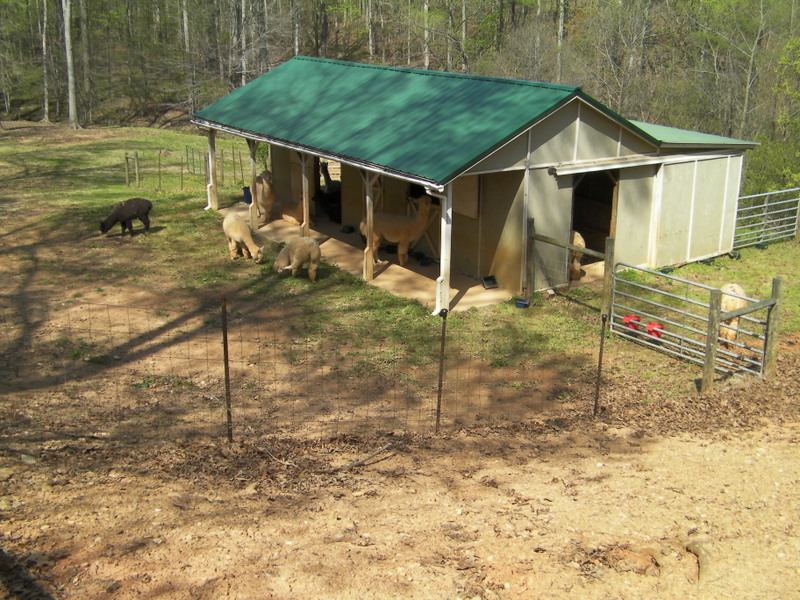 I moved the chicken coops out from undercover to the pasture, removed 8 gates, relocated the trailer and the RV and generally made sure that the guys and a concrete truck had clear access. It was a very late finish.

The guys arrived while I was in the middle of the early morning routine and got right down to work, leveling the site and constructing the shuttering ready to pour. They worked fast to be ready for that truck which rolled in right on schedule.  Of course things would have been just a little easier if I had kept the chickens locked it that morning. One of them walked the entire length of the newly formed concrete. She was darn near chicken supper I can tell you. By mid afternoon it was all finished up and looking good. I just had to keep the chickens out. 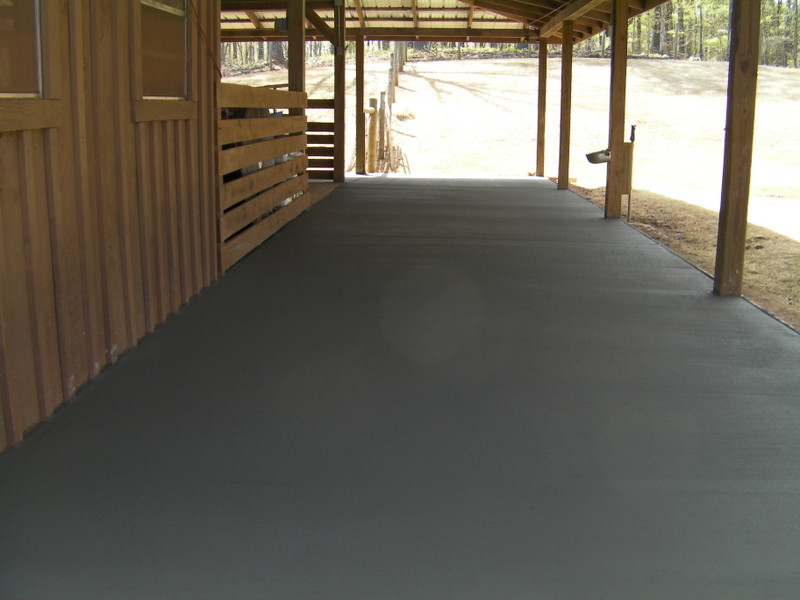 New concrete poured around the barn

I spent some time creating a barrier around the new apron to keep those pesky chickens out and was pleased to see them all back in the coop that evening. The next day was all about getting the gates re-hung and ready for the alpacas to return. That would wait for Miss Lynne’s return from the UK.

Just before Miss Lynne had flown off, we had Cagney clipped for the summer. I swear she gets embarrassed by the whole new look. She came home and is constantly asking for attention. It’s ok girl, we will always love you. 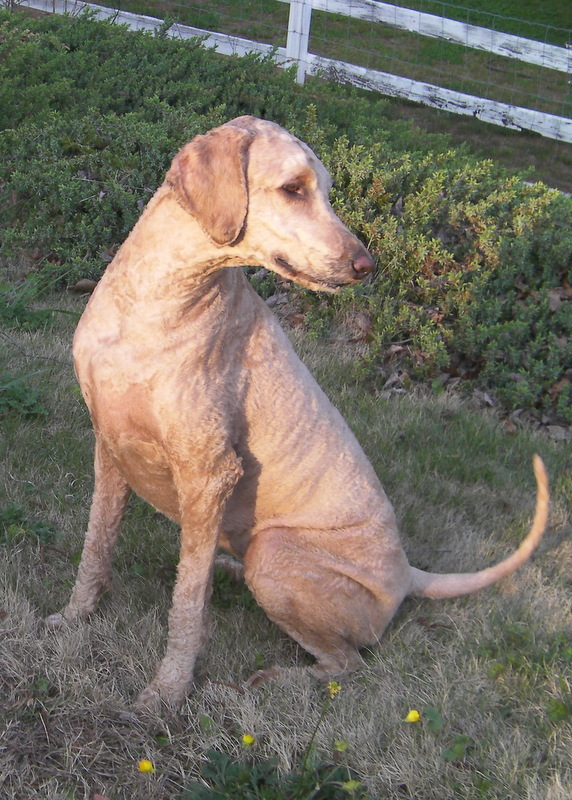 Cagney is a little embarrassed