Last week I got the call to say that our bees would be ready for collection Saturday. And so begins another crazy experiment.

Miss Lynne and I have been attending the local bee club meetings for six months or so and had taken the first steps to becoming bee keepers. I had already constructed the hives and we just needed the bees to fill them.  We chose to start out with two colonies to be delivered as two times five frames in cardboard boxes. These are essentially mini hives. You just have to transfer the little creatures from the box to their new home. Of course, there is the task of getting them home in the first place. I’m pleased that I took the truck as one of the “nucs” was not totally sealed , allowing the odd bee to squeeze out. That might have been difficult if it had been in the cabin. 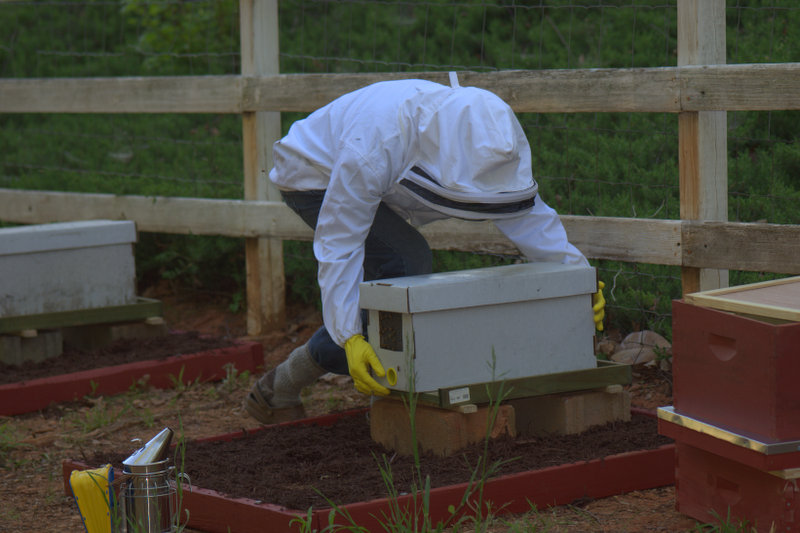 I have previously set the hive base in position and when I returned home, I thought it would be best to just rest the “nucs” on the base boards to help the bees to orient themselves to their new location. Yes, have lunch and then tackle the installation when Miss Lynne got home from weaving guild. 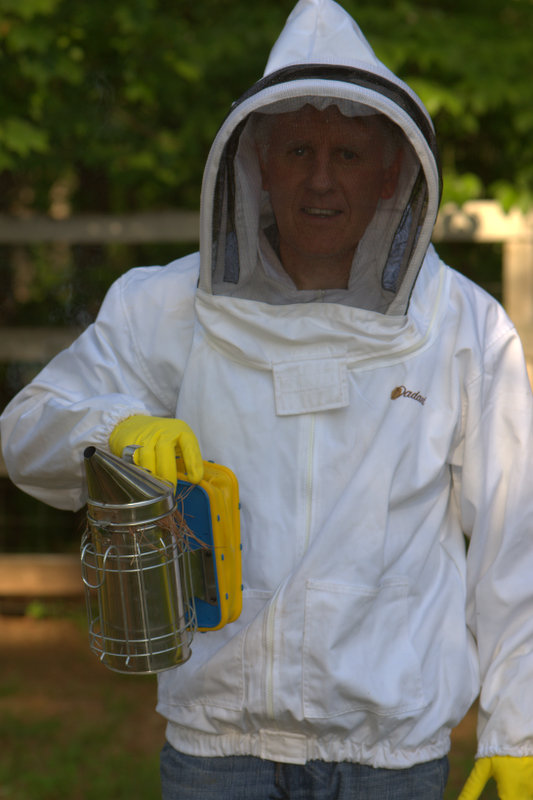 Protective gear on with smoker in hand

Well we bucked up the courage to attack the task and I got the protective gear on and fired up the smoker. The bees will naturally become a little subdued when they sense smoke. You never know what you will find when you first open that box. 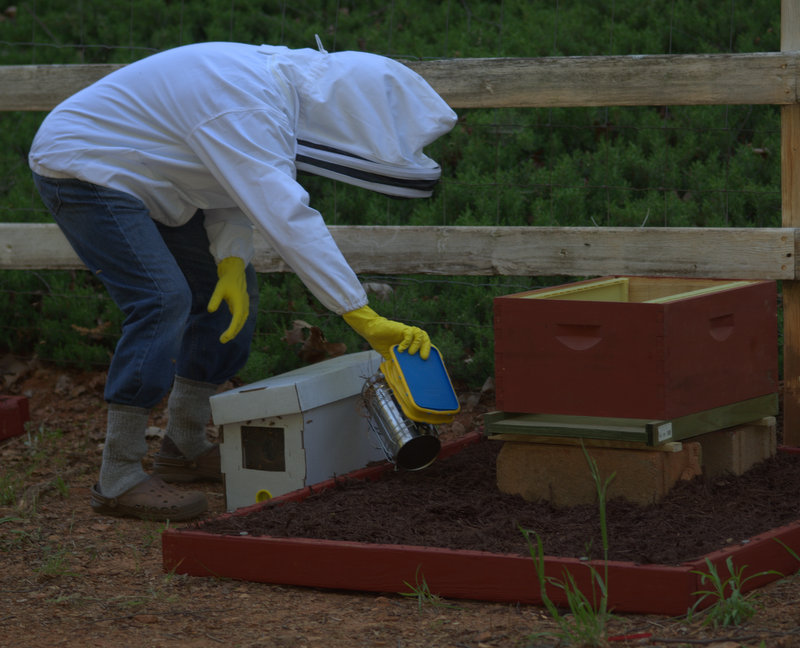 Just a little smoke to subdue any angry bees

I had no angry bees so it was a relatively simple task to transfer the frames of buzzing bees to their new homes. Once in place I was able put in the feed bags of sugar water to help them while they are finding local sources of food. They have quite a hard job to do in the next few weeks and we need to give them a helping hand. 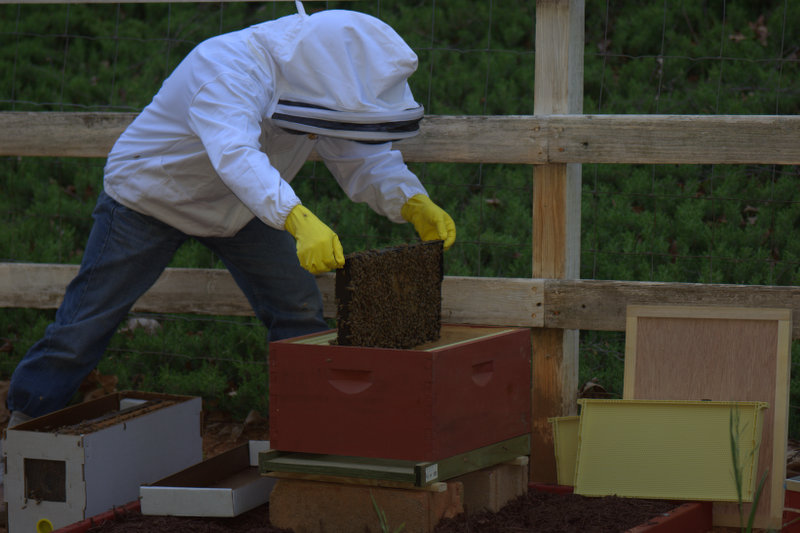 The hives soon became active with bees coming and going and crowding the entrance. I’ll take this as a good sign. I’ve already refilled the feed bags once and will do a general inspection on Saturday. If all is going well I will need to add  a second body on each hive to allow for expansion and the storage of honey. I think this is going to be a fascinating addition to the farm routine.

I have to thank a very brave Miss Lynne for taking the photos with no protective gear at all. She did ask that I attach a longer lens to the camera next time though.