We got notice that they were loaded onto the trailer at 5 pm on Sunday and due to get to us late Wednesday. So we spent quite a few nail biting hours waiting for them to arrive.

The transporter driver called and gave an arrival time of about 8.30pm. Mr Rob drove up to the top of the driveway to guide him in. We were so happy to see them. 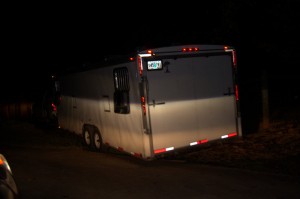 The girls were clearly well treated on the journey over as their first inclination was to get back on the trailer. 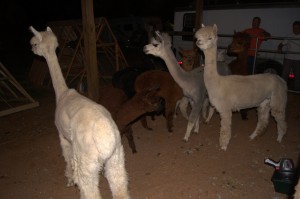 As usual, the way to their heart revolved around food and they quickly settled down.

They were really not sure what to make of the chickens and clearly they were nowhere near a flight path in Denver as they kept looking up when the planes flew over. My girls were really pleased to see them arrive and Kloud ( who is pregnant) kept leaning through to kiss the little ones on the head.

Even the boys were keen to see what was going on. 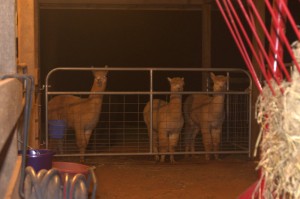 After much excitement and many texts and emails to let people they had arrived safe we left them to settle down for the night.   Of course there will be many more pictures to follow.