Well I hardly slept at all last night I was worrying about the shearing going smoothly and about movIng the Alpacas up to the top barn. Karen and Bruce arrived close to 7 and were immediately a calming influence on us. Kyle the shearer and his assistant arrived just after 8 and we decided we would shear at the top barn. 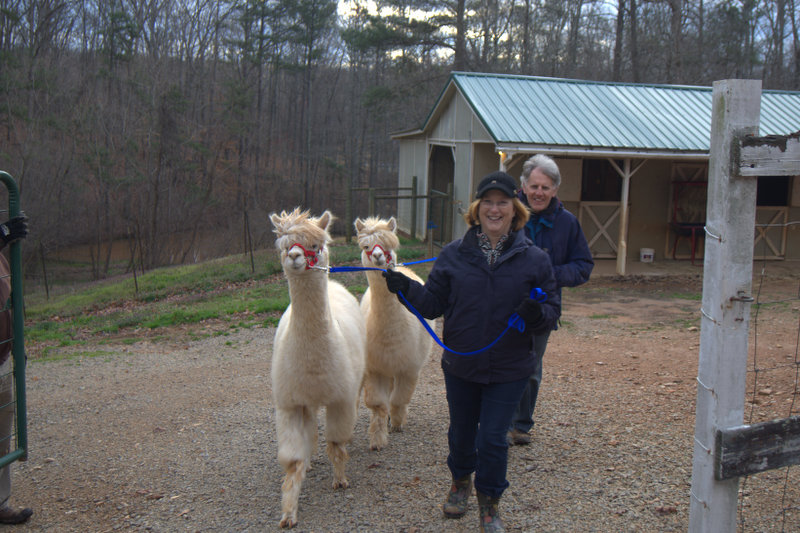 We were blown away by how easy it was to control the Alpaca’s once you have an arm around their neck, barely touching them and using no force at all. You then move one hand under their chin and the other behind their ears and they will move in whatever direction you want them too. We were able to put halters on them and lead them up to the top barn with no fuss at all. In fact the only time they faltered a little was when the road changed from grit to concrete. 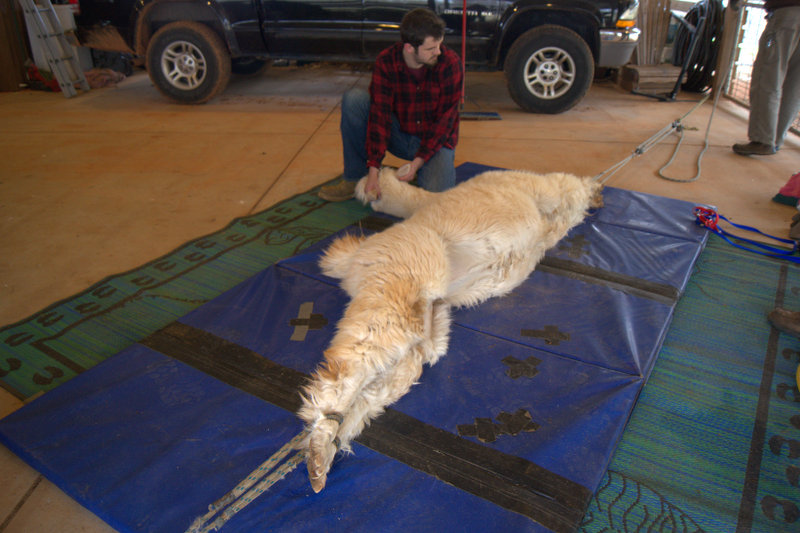 Then Kyle led them, one at a time, to the mats and tied their legs to shear them. It looks as if they are being hurt but they really were not, which was obvious by the lack of stress. Kyle was very gentle and efficient and was talking us through what he was doing as we had told him we were newbies. Karen and Bruce had brought cut up hoodies to put on the pacas so they didn’t get cold. Kyle was quick to point out is was a first for him and I was not sure if it was the hoodies or the color purple that was causing him the most heartache. 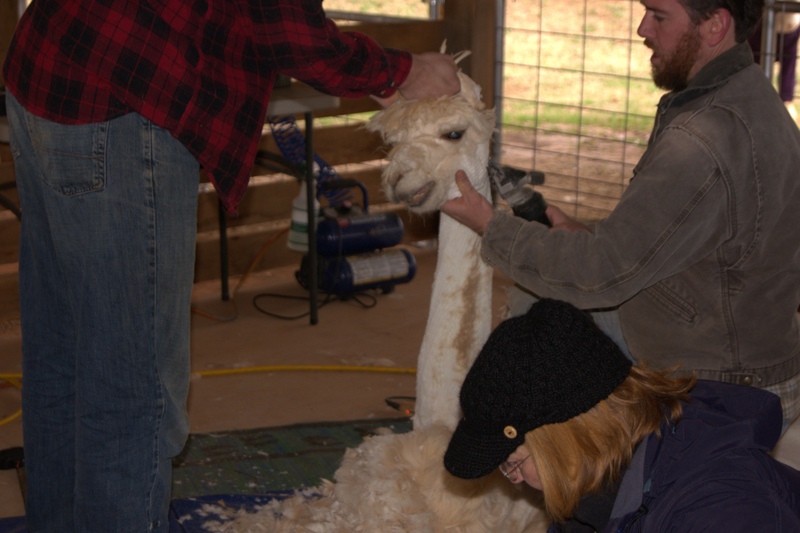 We were pleasantly surprised to hear him tell us how the 2 boys, that I thought were cute but not great fleece, actually had show quality fleece. Wow I guess we still have a lot to learn. 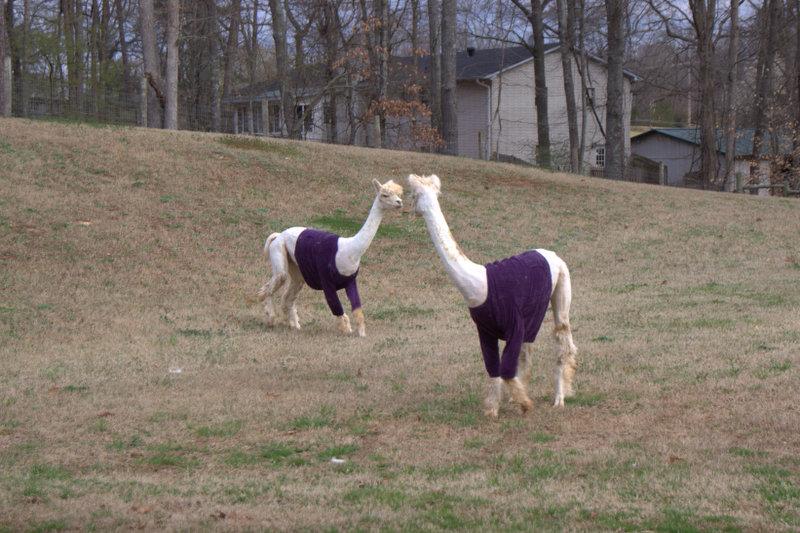 We ended up with 10 full bags of fleece – cant wait to start working with it. 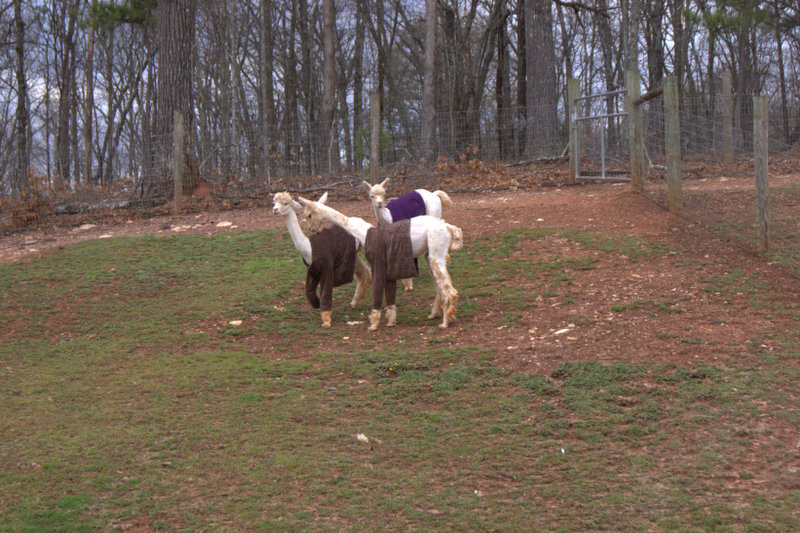