Saturday was really busy day, Rob went to get the rest of our farm gates and the other hay manger. I was busy trying to sew a tea towel as part of the hostess gift for the party we were going to. As usual we were rushing at the end and I was cutting off the threads and the stabilizer as Rob drove to the party. 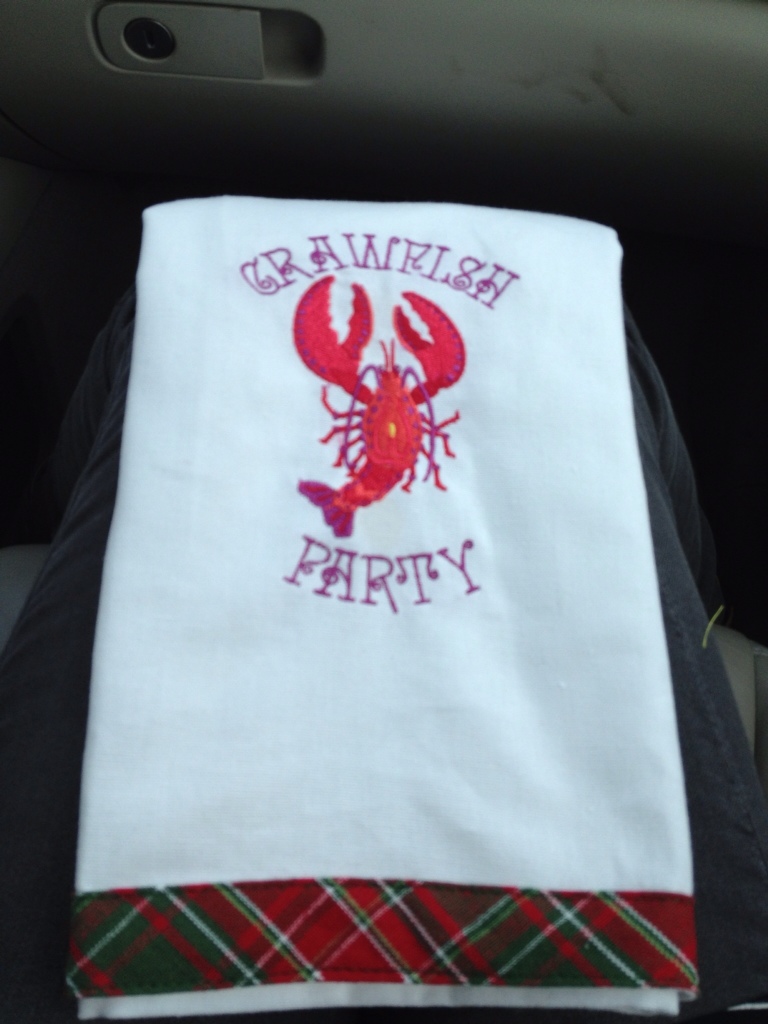 As you can see from the towel we were on our way to a crawfish party. We had such a great time and got to meet and talk to some really interesting people. There was, of course, plenty of food and wine. 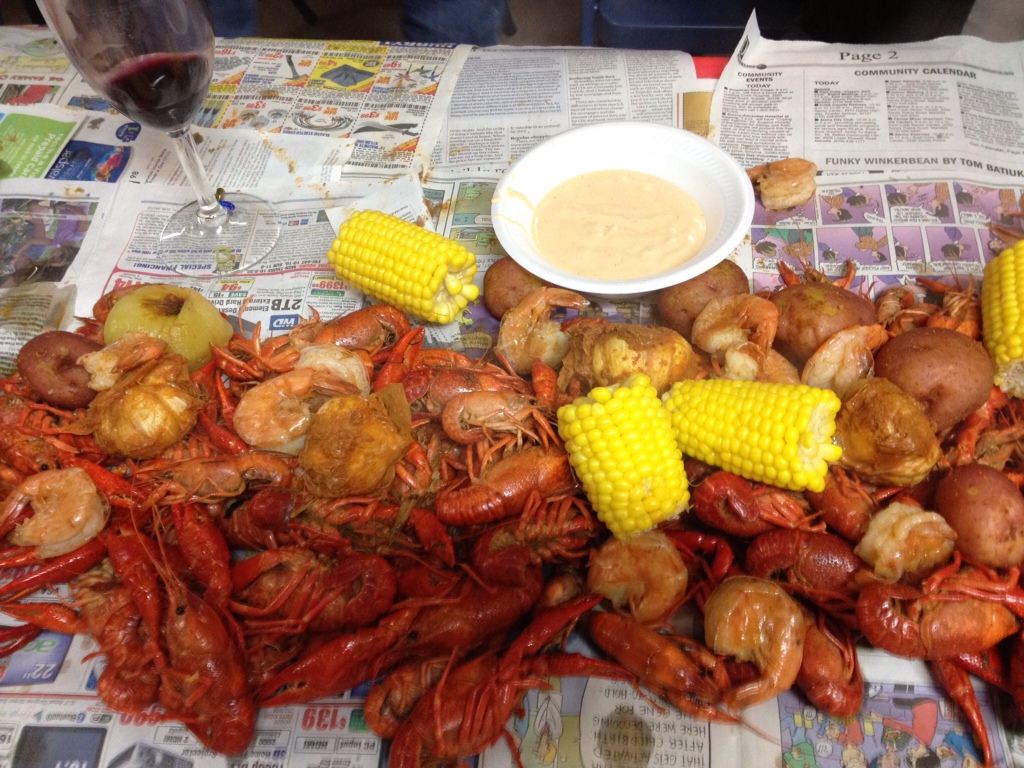 We were eating Cajun style food off newspaper and then leaving heads and shells on the table so we could just roll up the newspaper to get rid of them. Very sensible.

As always at the Jaeger's we were given some great wine and very palatable port. The desserts were fab as well.