It’s been one of those rare weeks when I’ve been working in the local office. Very fortunate as we both had a trip to a local doctor to get a medical for the green card process. It was actually three trips in all, what with x-rays, TB tests, blood tests and shots. My arm is looking like a pin cushion. Rob says I’m a wimp.
I’ve been able to get home and enjoy the warm evenings with Rob, admire the new landscaping and watch the birds. Talking of which, we spotted our first humming bird. They are tiny, iridescent green and flap their wings faster than a fast thing. Rob scoffed when I bought the humming bird feeder and now he has to eat a hat or something else made of felt. He claims that the bet’s off because they were attracted to the new plants and not the feeder. It’s great to see them, whatever bought them to the garden. 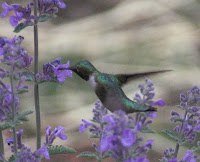 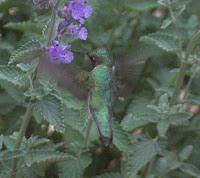 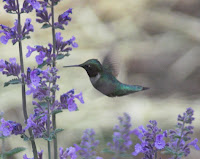 Monday just gone was a holiday here in the USA. It was Memorial Day. It’s the day that they remember the servicemen lost. They take it very seriously over here with parades and everywhere decked out in (even more) flags. So we took advantage of the long weekend and went to southern Vermont. It’s a mainly rural state with a big history of independence. The home of the Yankee! Naturally, everywhere you turn, there is a reminder of how they kicked out the British. Charming. Farming isn’t really viable any more and things are mostly geared up for the tourist trade. They do a great job at keeping up the traditional look with red painted barns and well managed land. A lot of very hard work must have gone into clearing the trees and rock to create fields. There are lots and lots of both! And ……… I finally got to see a moose. 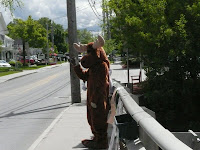 We made our base at a cosy B&B in the small town of Bennington. On Saturday morning we were able to wander down main street, closed to traffic for a fair. Stalls had everything from arts and crafts, chainsaw carvings, hand made furniture to complete tat. The town was displaying the life size sculptures of a local artist. Placed in locations around town, the life size figures depicted people going about their daily lives. The tourist (below), the window cleaner, the little girls sharing an ice cream etc. They’d be vandalised in a moment in the UK. 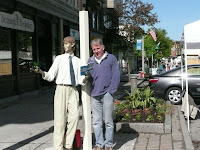 We then went is search of covered bridges …… a bit of a speciality in Vermont. There were five or so in the area and we saw them all. The locals must have thought we were a bit mad to be taking photos of an old bridge. It didn’t distract them from their fly fishing though. It’s very popular in the area with dozens of people of all ages in just about every stream. 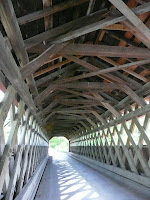 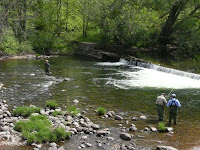 From Bennington we travelled north to the town (village) of Manchester. They’ve turned it into a tourist/retail destination. The old part is quite small but dotted around the centre are factory outlets and craft stores. There is also a major fly fishing centre there.

Sunday we travelled north east taking in part of the very scenic route 100. It winds it’s way gently through the Green Mountains. It was a very pleasant trip up to the small preserved town of Grafton to fetch some really good cheddar cheese. Some rich philanthropist decided to put lots of money into the town to ensure that it would not be forgotten. It was once a very important place when sheep were the big thing. 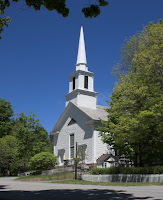 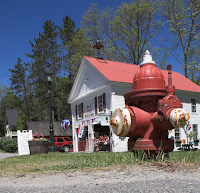 We were able to pick up some water and delicious sandwiches at the village store. This would be our lunch following our climb to the top of Bald Mountain in the nearby Townshend state park. A 2 mile climb up alongside a babbling stream and through the trees to the top. Unfortunately I was followed by a pack of hungry midges that wanted to make me their lunch so we didn’t hang around too long. It was a lovely walk though. Steep, hard work but worth while. Dang midges. Bitten several times. We took a gentle drive back to base, even finding a quilting shop on the way. ……. result! 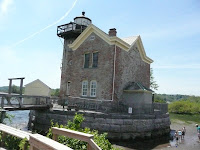 Monday was travel home day trying to avoid the major roads and taking in the countryside. On the way we stopped off at Saugerties to walk the short distance to the lighthouse on the Hudson. It’s all automated these days but you can stay there on a B&B basis. It was names as one of the best lighthouse breaks in the world (The Telegraph or Guardian). We arrived home to find Tony the landscaper irrigating his handy work (with a hose). The grass seeds had germinated and gave the dirt a green tinge. It’s nice to go away but lovely to sit on our front porch with a nice cup of tea. Back to work tomorrow…………